Make your check payable to Farina Law Firm PA and mail to:

(then select eCheck tab in middle of next screen) 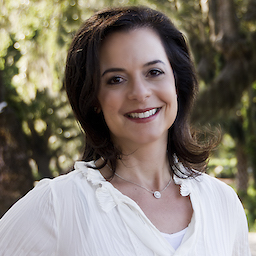 Allison left her native New York in 2006 and settled in Charleston, South Carolina.  Prior to relocating, she was Counsel and Government Relations Director at New Yorkers for Parks, a non-profit advocacy organization that protects and promotes public parkland in New York City. She worked on increasing the Parks’ budget and advancing the group’s legislative initiatives at City Hall.  Allison was also Associate Attorney at two New York City law firms: Cantor, Epstein & Degenshein, LLP, and Klein & O’Brien, LLP.  During law school, her legal internships included: the Downtown Brooklyn Council, Cozen & O’Connor, PC, and the NYC Landmarks Preservation Committee.  Allison spent her last semester of law school in London, England, at University College at London, and she joined other law school volunteers to work with Habitat for Humanity in Belfast, Ireland.

Allison also has extensive professional experience working with others in consensus-oriented settings. She spearheaded a collaborative effort to celebrate all 413 neighborhoods involving the NYC Mayor’s Community Assistance Unit and Citizens Committee for NYC.  Prior to this, Allison was involved with other community organizations and fundraising at: The New School for Social Research, the 1994 Gubernatorial Campaign of Mario M. Cuomo, and the 14th Street – Union Square Local Development Corporation.She graduated from Fordham University with a Bachelor of Arts in History and received the College’s coveted 1993 Alumni Association Award.  As an undergraduate, she studied at Georgetown University’s summer program in Fiesole, Italy, was President of the Fordham Club and served as a Resident Assistant at Fordham’s Rose Hill Campus in the Bronx for two years.

​In 2010, Allison founded and currently leads the Charleston Chapter of Fordham University Alumni, which holds several social, cultural and volunteer events each year.

​In 2016, Ms. Farina, along with 23 other members, was asked to serve on Fordham University’s Alumni Association Advisory Board.  The Board promotes the University and serves as a liaison between the institution and its 175,000 worldwide living alumni.

She enjoys reading about history, playing many different sports and the violincello, and, most of all spending time with her son, Spencer Robert, and her pooch, Rosie!